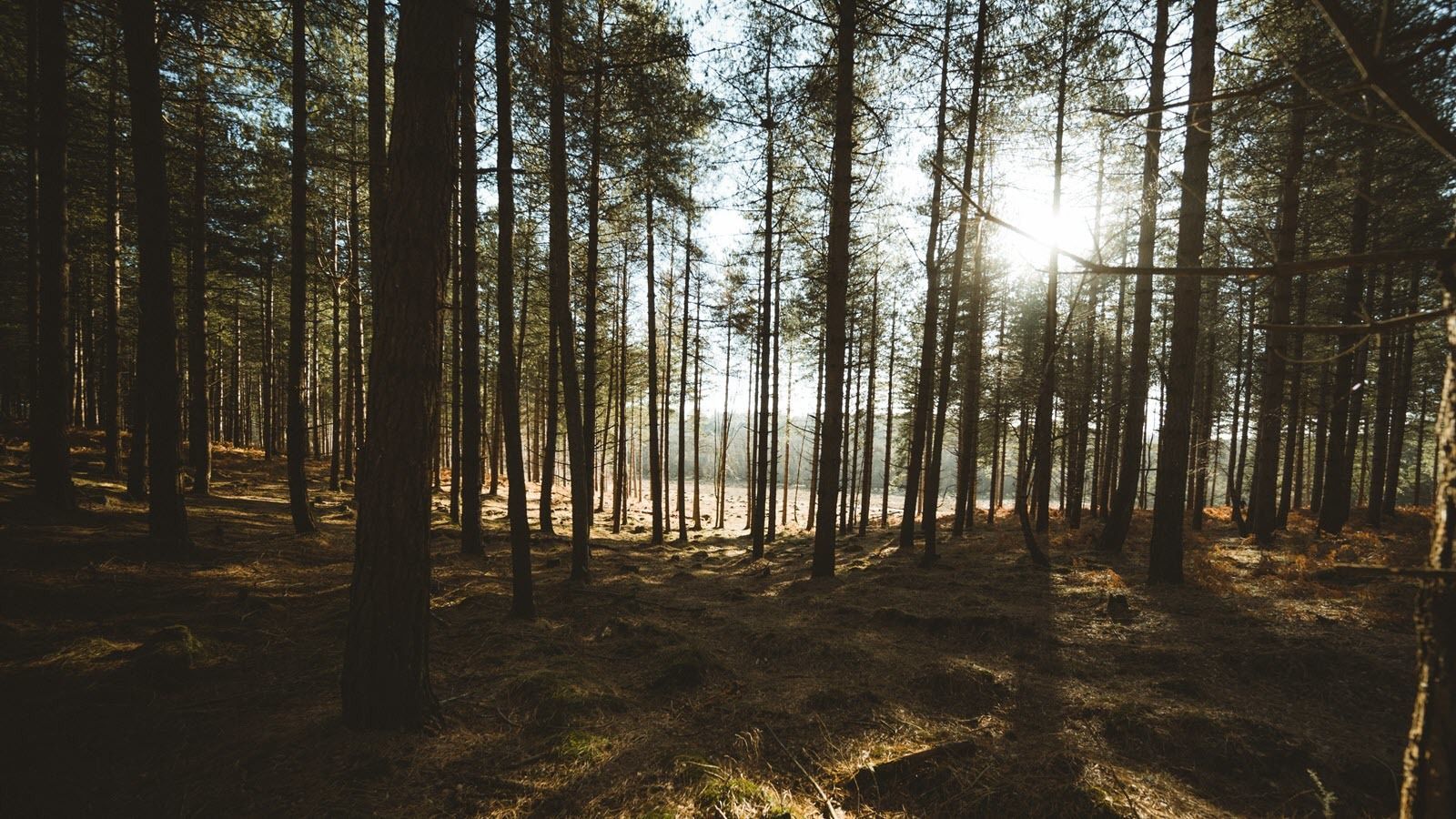 History gives us multiple reasons why people migrate---to gain freedom from persecution of various kinds and freedom from hunger and want, but also freedom to achieve and flourish to a given potential. While the Native Americans, followed by the arrivals of Spanish and French explorers, predated the arrival of immigrants from the British Isles, the English further developed pathways for early settlers to enter the land of today’s Kentucky.

The first settlers in the new world, the Spanish established their colonies on the coasts to guard and protect their treasure fleets. From these coastal bases, the Spanish moved inland to exploit the Indian populations by taking their wealth.

In 1534 Jacques Cartier, a French explorer, sailed up the St.Lawrence River and returned to France with his recommendation for settlement of the fabulous new world. However, because of European wars, seventy years would pass before Samuel Champlain would select the site of Quebec for a permanent French settlement.

Spain’s strength continued to grow, and by 1650 Spain controlled the southwestern part of the North American continent; however, control of this land would eventually pass from Spain to France.

From Quebec the French explored the lakes and river systems of the north. By 1710 with the help of the Catholic Society of Jesus, known as the Jesuits, and numerous fur traders, the French had established many permanent trading posts in the interior, one as far south as French Lick (Nashville, Tenn.) on the Cumberland River.

Buffalo trails and those of other animals were evident when the first settlers had arrived in the East. Indian trails established communication links between Indian tribes and nations, and explorers used all routes in their discovery and settlement of the new lands.

English Exploration of the New World

The English came first to Virginia and Massachusetts, but these two colonies differed greatly in nature. Massachusetts was first established as a religious settlement, and early movements from it functioned as units of the religious colony. In contrast, Virginia was established as a business venture and promoted movement and travel by individuals rather than by religious units.

Understandably, the populations of both colonies did not adapt immediately to a new way of life, but retained strong connections to the English lands from which they had emigrated for generations as they strove to maintain a European lifestyle in the new colonies. The Tidewater settlers preferred a European style of life patterned specifically after English gentry while the more inland settlers gradually adapted their lifestyle to practical frontier ways.

After several generations and the colonists’ expansion up the rivers and along the coasts, the colonists’ lifestyles eventually changed enough for them to leave behind their connections to the coasts and Europe as they crossed the mountains to a new life in the interior.

Settling Virginia and Beyond

Though the English had made previous attempts at settlement in the new world, the first permanent settlement was made at Jamestown in Virginia in 1607. The colony, a venture of entrepreneurs, was a failure until John Rolfe developed the cultivation of tobacco. As the demand for tobacco grew and fields became exhausted, the colonists sought rich lands to plant the tobacco farther up the rivers.

Once the Piedmont region was crossed, the settlers were faced with a formidable barrier: the Appalachian Mountains. The only known gap in the mountain range was in New York in the Mohawk Valley. But, this passage was nearly impossible because the Indians of the Iroquois nation controlled the area. The traveler  was faced with almost certain death if he attempted to cross through these lands. In the far south of the mountain range, the Cherokee, Creek, and Chickasaw Indians held their lands with equal ferocity.

So, while English traders with superior goods had extended English influence to the Creek nations, there was not yet a safe passage through the Applachians.

The first roadways were developed to connect the coastal settlements since sea travel was often perilous. Reefs, tides and weather often made voyages uncertain at best. Rivers were direct routes to the interior, but not always to where the explorers and the settlers wanted to go.

Land travel was slow through the dark forests, and the immigrant groups were further encumbered with household goods and cattle. In forests with trees so tall that sunlight rarely reached the woodland floor, the New England settlers, migrating in groups of a hundred or more, followed ancient Indian footpaths that were soon widened to accommodate the settlers better.

In 1672, King Charles of England took a personal interest in roadway development in the New World, and suggested a road from Boston to New York be established. This road became called the King's Highway,

For many years this roadway was little more than a horse trail. The traveler needed courage to set out on this roadway alone because travel was hazardous and the rare overnight accommodations were of the worst sort. After the American Revolution, the King's Highway became known as the Post Road in the north and the Coast Road in the South. Eventually, this road roughly linked the entire Atlantic Coast. From Boston the road turned northwest toward Cambridge. It turned southwest toward Wilbraham, crossing the Connecticut River at Springfield, before heading south to Hartford and Middletown. Here the path veered slightly southeast of the river to the present site of New Haven.

From New Haven the trail crossed the marshlands along the coast of Long Island Sound to New York City. As the need for more rapid communications among colonies increased, the King's Highway, following the Lenni Lenape (Delaware) trail, crossed New Jersey. Though several alternate routes by waterway were used, travelers on land generally followed the trail to Philadelphia by crossing the Raritan and Delaware Rivers on through Bristol.

From Philadelphia the highway skirted the Delaware Bay to Annapolis where it turned southwest to the Potomac River. In this area the highway was called the Great Coast Road. From the Potomac River the road followed the route of our present highway US 1 South to Fredericksburg turned southwest then south to cross the Pamunkey-York River and onto the neck of land between the York and James River. This section of the roadway was frequently flooded, causing delays of weeks for the travelers.

At Hampton Roads on the tip of the peninsula, the traveler crossed on a ferry to Norfolk where the highway name was again changed to the Virginia Path. From Suffolk the road turned south to Albemarle Sound where a crossing brought the trader to North Carolina and the Great Swamp.

The Kings Highway through North Carolina was laid out to avoid the swamp as much as possible. From New Bern the paths crossed White Oak swamp and went close to the coast to avoid Angola Swamp. Out of Wilmington the wayfarer could take his choice of two routes: one north of the Green Swamp or one north of the swamp by Cape Fear to Georgetown, South Carolina. A short way out of Georgetown, the King’s Highway crossed the Santee River and ended at Charleston.

As the new waves of Europeans arrived and established families increased, settlers traveled farther inland until a second north-south highway was needed to connect the settlements on the Piedmont. This road known as the Fall Line Road had its origin near the Potomac River at Alexandria, Virginia.

From Fredericksburg the road followed the Piedmont to Richmond and Petersburg. Into North Carolina by Raleigh, close by Rockingham and on to Columbia and Augusta, South Carolina. Immigrants landing at Charleston, South Carolina, could have followed a trail from Charleston to Camden, where it crossed the Fall Line Road, across Western North Carolina to Cumberland Gap where it joined with the Wilderness Trail to Kentucky.

Again, as the frontier moved farther and farther from the coast, another north-south roadway began at Fredericksburg and continued south and east of Charlottesville and close by Durham in North Carolina before turning southwest to Charlotte and Greenville, South Carolina.

In the north, military affairs and land speculation gave impetus to roadway development.

The Ohio Company, organized mainly by Virginians, hoped to open their lands in the present state of West Virginia and Western Pennsylvania. Under the direction of Thomas Cresap, Nemocolin, a Delaware Indian, marked an old Indian trail that connected the upper Potomac and the Forks of the Ohio.

Early travelers could go down the rivers that this route crossed, eventually reaching the Ohio River and entering Kentucky. Though the Ohio Company did not become a force in the settlement of Kentucky, their early route provided a way for some of Kentucky's earliest settlers.

This post is based on the notes from a lecture Edna Milliken presented to the Kentucky Genealogical Society in 1974 Seminar. Edna Milliken (1921-2005) made history as the first female president of the Kentucky Historical Society in November 1963. She had an enthusiasm for history after learning one of her great-grandfathers, Robert Moore, founded Bowling Green. She worked at the Kentucky State Library and Archives. She traveled throughout Kentucky, giving lectures about the migration path of settlers through Cumberland Gap.