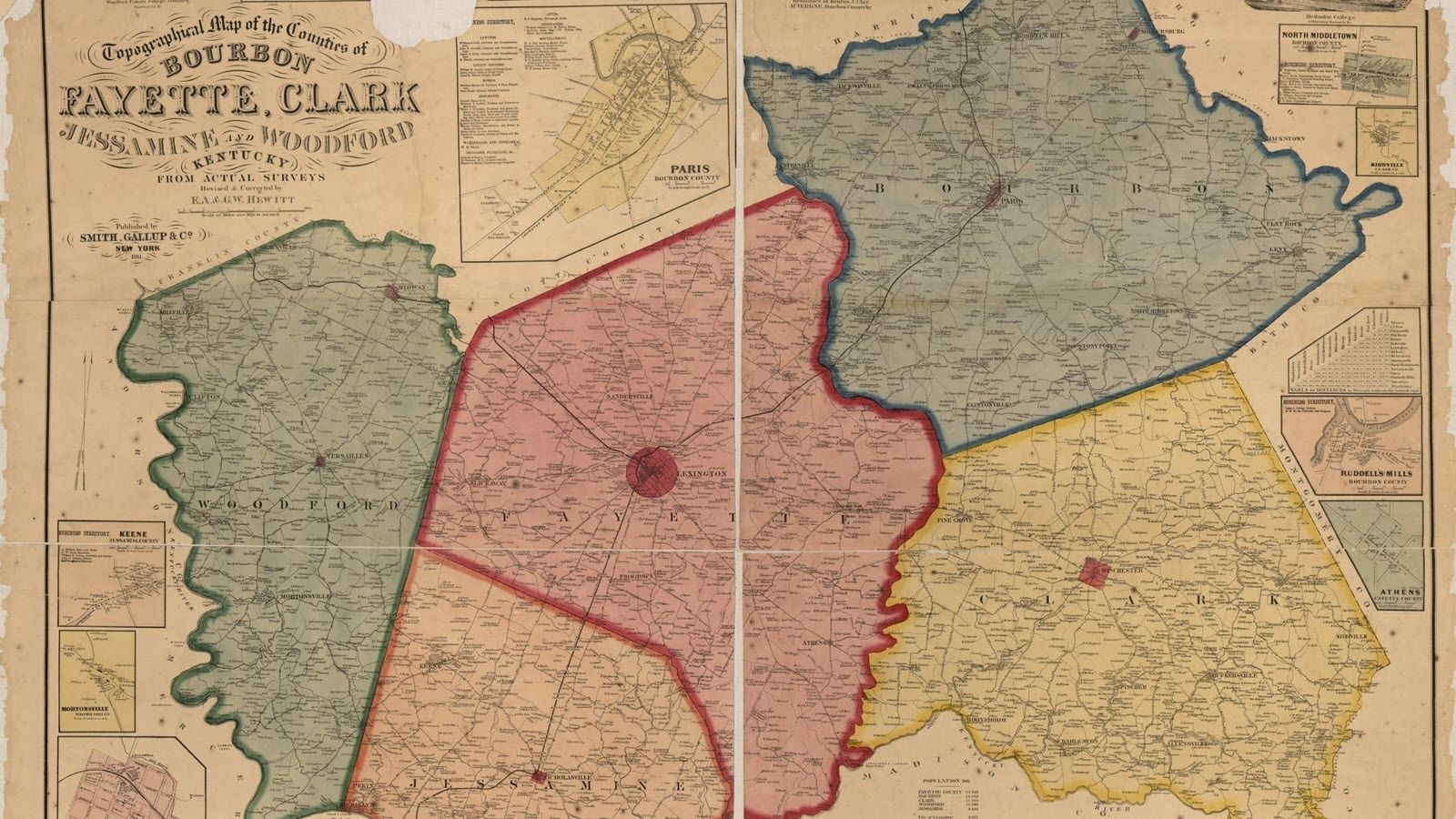 In 1979, Bill Marshall, UK Special Collections and Archives Director, discussed how the early pioneers of Fayette County, Kentucky, settled the area. This post is an excerpt from the 1979 Bluegrass Roots newsletter article.

“… In sober truth there is nothing intrinsically and abstractly good, even in the substance of government, under any form whatever: government is good just as tartar emetic, aloes, assafoetida, blister plasters, and amputating knives are; and not otherwise.

As medicine is necessary to prevent, cure, or palliate, disease in the body natural, so is government necessary, to counteract moral disease in the body corporate: and it is as natural, for political quacks, to prescribe the same form of government, to every people in every situation as it is for the medical quack, to administer the same nostrum, to every patient, and in every stage of a disease." [1]

These satirical comments are taken from William Littell's Festoons of Fancy published in 1814 in Louisville. Littell, whose fame in his own day rested on his work as a compiler of Kentucky statute law, secured much of his material for his satirical writings from Kentucky public officials and legislators who could neither express themselves clearly in writing, nor spell a majority of the words that framed their legislation.

The history of Fayette County is well known. It was named after the Marquis de Lafayette and comprised all the present state of Kentucky lying north and east of the Kentucky River. By 1830, it was limited to its present geographical boundaries. At the time of its formation in 1780, the Governor of Virginia, Thomas Jefferson, appointed John Todd, colonel, Daniel Boone, lieutenant colonel, and Thomas Marshall, surveyor of the new county. [2]

The first settlement was Lexington, founded in 1779. By common consent, it became the county seat of Fayette County in 1780. Outposts, such as Masterson's Station, Boone’s Station, Bryan Station, and Todd’s Station, sprang to life to protect the county internally from the menace of Indians as other settlements came into being along the creeks and streams of the rolling countryside.

As the threat of Indian attack diminished in the 1780s, throngs of first settlers poured into Kentucky. The land in the Bluegrass country was the choice available to Virginians within the boundaries of that state. Many, however, were disappointed because some of the best tracts had been claimed by the first pioneers. Newcomers were forced to deal with land speculators who had preceded them.

“Prior to 1800, prices as high as one hundred dollars per acre were paid in this region, and even the wealthier planters held no more than a few hundred acres. Thus it was obvious that the Bluegrass country was never a poor man's frontier, despite the fact that Daniel Boone was its first famous citizen.” [3] 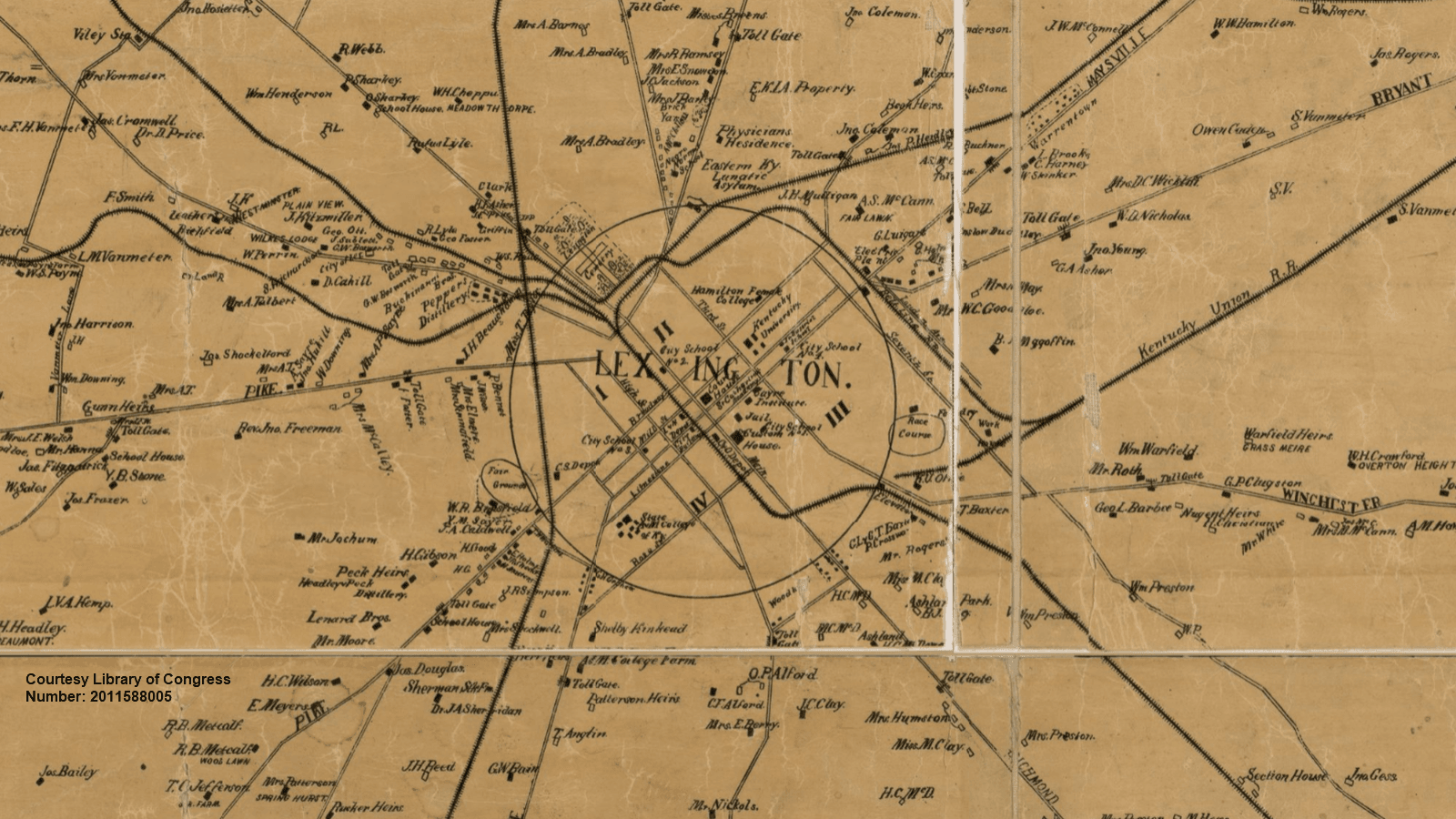 Access to Lexington during the formative years was extremely difficult especially for those settlers living in the outer reaches of the county who were more than a day's travel away. The need for an easily accessible county seat in each area was apparent.

In 1785, in response to numerous petitions, Bourbon County was organized from the northwest portion of Fayette; Woodford County followed in 1788, while Clark County, which was formed from Fayette and Bourbon, came into being in 1792.

Finally, Jessamine County was created out of the southern portion of Fayette in 1798. [4]

Local Government had Many Responsibilities

The division of Fayette into multiple counties points to the great importance of county government in the lives of the early settlers. The county court was the most influential governmental body in Kentucky during the period 1780-1830. The courts maintained social order by controlling land transactions, maintaining jurisdiction over guardians and orphans and masters and apprentices, and by regulating growth through licensing the construction of mill dams, grist mills and the like. [5]

They exercised whatever little welfare influence the government had by administering relief to the poor and issuing decrees during epidemics of smallpox or cholera. In addition, they became Kentucky's first ecologists by establishing and enforcing zoning and health standards.

The records of Fayette County, when taken in the aggregate, can tell local historians and genealogists a lot about the families and personages who settled in the core of the Bluegrass region.

Marshall continued by reviewing the excellent genealogical collection at the University of Kentucky library. You can read the rest of this story in Bluegrass Roots, 1979, Vol 6, Spring in the Member Portal.