Discovering the Free Republic of Franklintown

Even before pioneers Boone, Harrod, and their associates were settling in Central Kentucky, settlers were moving into what is now known as Eastern Tennessee. William Bean was the first settler, building a cabin on the Watauga River in 1769. Those who followed him were from North Carolina, South Carolina, Georgia, and Virginia. More were from Virginia than from any other state, with some coming through Virginia from Pennsylvania.

North Carolina claimed most of the area because of its charter, which extended its border to the South Sea. Virginia, South Carolina, and Georgia also made claims to the area.

State of Franklin was composed of these modern Tennessee counties. Source: Wikimedia

North Carolina tried to give its claim to the federal government, but no action was taken. North Carolina collected fees, such as land sales, but provided no substantial services to the westerners, other than organizing three counties.

These counties were Greene, Washington, and Sullivan. Their territory included what is now sixteen Tennessee counties.

Dissatisfied with their relations with North Carolina, and ignored by the federal government, the three counties, in 1784, organized their own government. John Sevier, who had been a brigadier general by commission of North Carolina, was elected governor. 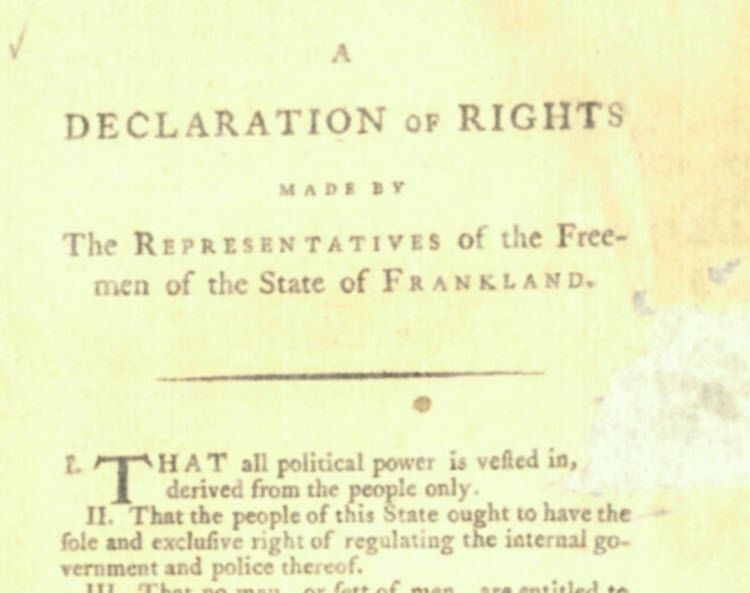 The new government applied to the Continental Congress for admission as a state. The application for membership in the Confederation lacked one vote to be approved. Therefore, Franklin operated as an independent nation rather than as a state. The State of Franklin was in existence from 1784-88.

Operating as a Free Republic

Not all residents of the area favored Franklin independence. It is to this day a subject of controversy what motivated the Franklinites and their opponents.

In November 1787, an attempt to adopt a permanent constitution broke up in disagreement among the preacher members. John Tipton (1730-1813) soon emerged as the leader of the anti-Franklin forces, which were led by Tennessee Governor John Sevier (1745-1815). A discussion between the two leaders ended in a fistfight.

There followed months of conflict and violence. During this time, there were two sets of courts. They seized county records, first one side and then the other. Unfortunately for genealogists, this resulted in many of the county records being lost.

Governor Sevier's term of office expired on 1 Mar 1788. The Franklin Assembly chose General Evan Shelby (1720-1794) to succeed him, but he refused to accept. They named no one in his place. (General Shelby was the father of Isaac Shelby, first governor of Kentucky.)

North Carolina resumed control over the area and kept it until Tennessee became a state in 1796. Tipton arrested Sevier for treason. In February 1789, they pardoned the leading Franklinites for the rebellion. They elected Sevier to the North Carolina State Senate. He had the last laugh—he was the first governor of the state of Tennessee.

Because of the disorder that marked Franklin’s history from 1785 to 1789, the chances of finding county records for that period are not good.

Records since 1796 in Greene County are fairly complete. Greene County included about three-fourths of the land area of Franklin, and Greeneville was its capital. The Historical and Genealogical Society of Greene County is doing a commendable job of indexing the historic records.

This post was extracted from the Fall 1986 edition of Bluegrass Roots. Some minor text edits were made for clarity and the hyperlinks were added.

Landon Wills was owner and editor of the McLean County News from 1946 until 1971. He was the publisher of Bluegrass Roots, an internationally circulated journal of the Kentucky Genealogical Society, from 1975 until his death in 1998. 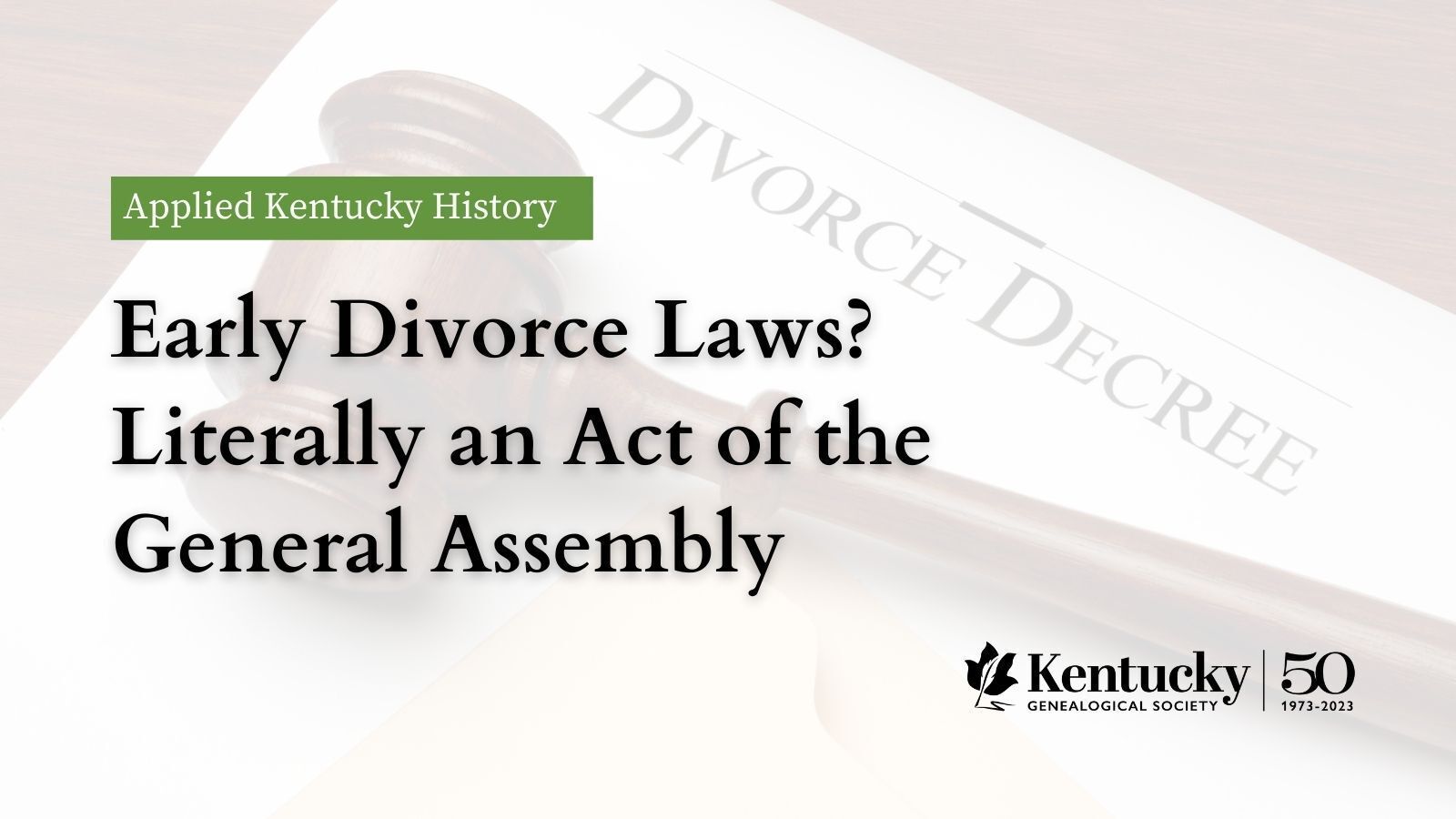 When researching a divorce, you must take into account the period, location, and circumstances.