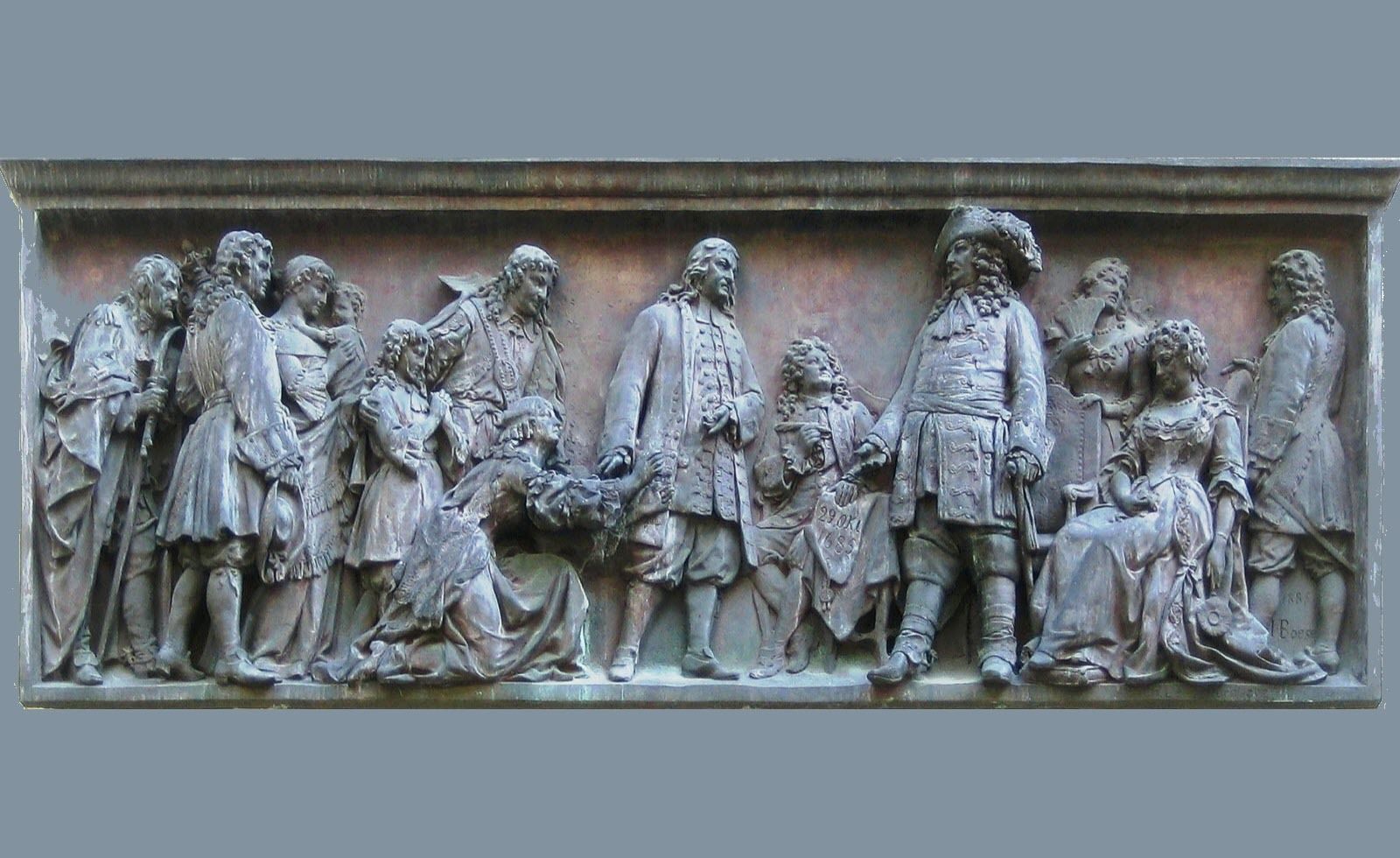 More than 700 Huguenots arrived in Virginia in 1690-1700. The colony set aside an area in Henrico County, known as Manakin Town. Several of those Huguenots later migrated to the Kentucky Counties of Mercer, Henry, and Shelby. Other settlers had Huguenot roots, such as the Salyer Family, who settled Floyd County, but had roots in South Carolina.

In this post, Shirley Newton Gorevin, guides us through the history of how this group formed and the tragic reasons they left their homelands for the British colonies.

When searching for an ancestor, one often comes across a strange-looking word, Huguenots — the person was "from England with a Huguenot background," or he was "a Huguenot from France ..."

To understand these statements, a brief history of the Huguenots is necessary.

Huguenots was the name given to sixteenth and seventeenth century French Protestants. The origin of the name is not clear, but it is believed that the name was a nickname given to ridicule the Protestants by the Catholics—the Protestants in Tours, France would meet secretly at night to worship near the gate of a mythical king - Hugeot or Hugon.

The Huguenots are thought to have been originally Lutheran, but by the 1540s they were followers of John Calvin. Their first organized church was in 1546, and was patterned on the lines of the Church of Strasbourg of which Calvin was the pastor. In 1559, the Huguenots had enough followers to hold a Synod - they set up a church with Calvinistic doctrine and Presbyterian government.

By 1561, the Huguenots had over 2,000 churches in France and over 400,000 members — about 10 percent of the French population. They became a strong minority - strong in military matters and politics.

Most France—the Roman Catholics—battled and tormented these Huguenots. The Catholics, led by the family of Guise, had Philip of Spain for an ally; the Huguenots had the powerful family of Bourbon of France as allies. In 1560, bloodshed began in this religious struggle with civil wars and more persecutions. 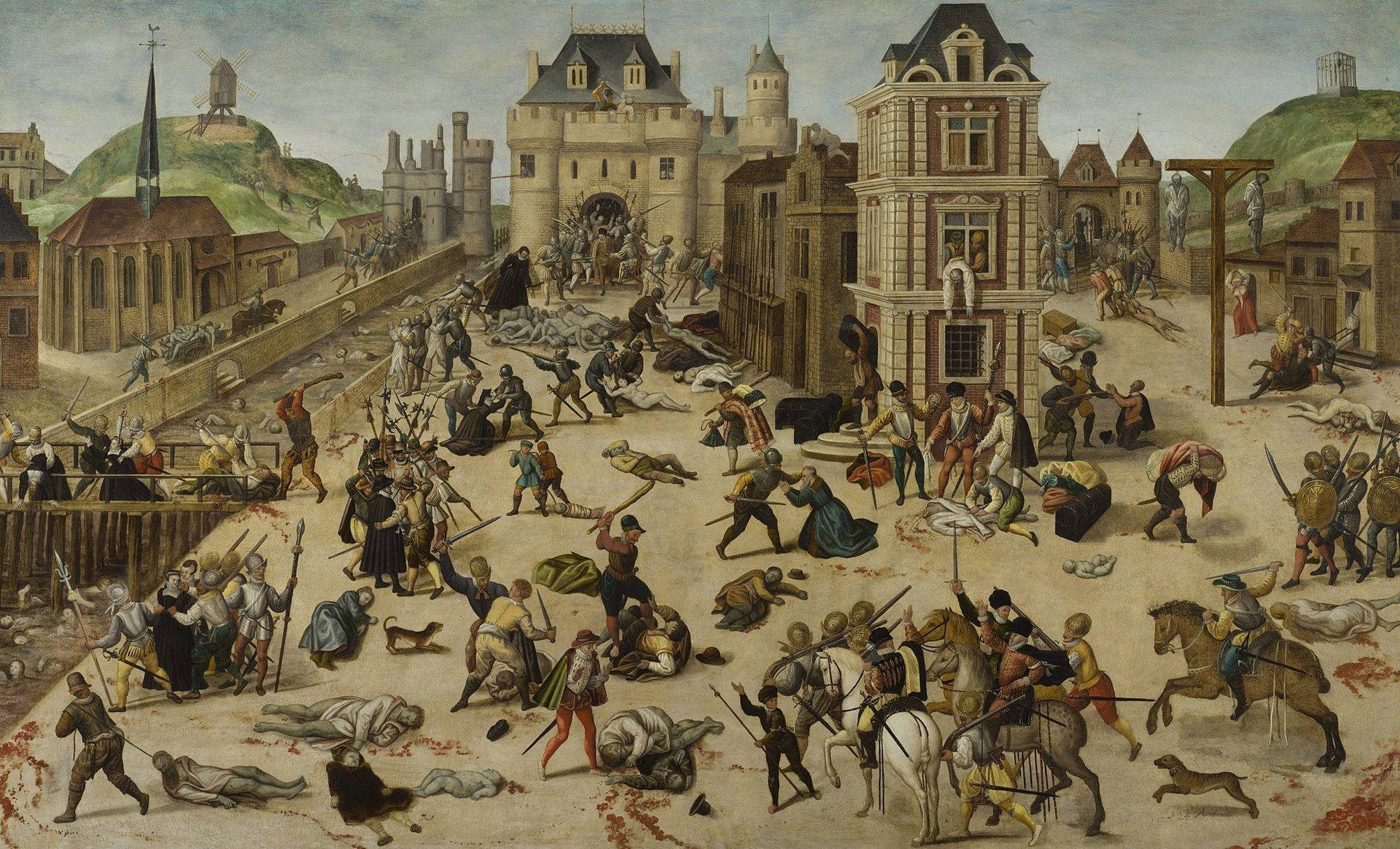 A treaty at the end of the third civil war in 1570 gave the Huguenots new liberties. But the peace was short-lived. Under the instigation of the Queen Mother, Catherine de Medici, on St. Bartholomew's Day, 23-24 August 1572, the Catholics massacred about 400,000 Huguenots all over France. Many survivors of this massacre went to England and Holland. Their descendants later went to New England.

Huguenots Come to the New World

One Huguenot family, Jean de la Noye, and his wife, Marie, left France and settled in Leyden, Holland. Their son, Philippe, loved Priscilla Mullins who had sailed on the Mayflower ship. Philippe followed on the next boat, but was rejected along with Captain Miles Standish by Pricilla. Philippe became the first Huguenot to set foot on American soil and later married Hester Dewsbury. The name of de la Noye became mangled on colonial records—gradually the spelling became Delano. Philippe was an ancestor of President Franklin Delano Roosevelt.

Peace of sorts was restored in France between the Catholics and Huguenots when Henry of Navarre, of the House of Bourbon, was brought to the throne as Henry IV in 1589. Henry was a Huguenot, but converted to Catholicism to satisfy the Catholic majority. Henry IV issued the Edict of Nantes in 1598, which granted the Huguenots freedom of religious beliefs, right to hold public and private worship, right to hold public office and the right to control several walled towns and castles.

When King Louis XIII succeeded his father, Henry IV to the throne in 1610, he turned much of his power over to Cardinal Richelieu. Richelieu dominated the French government until his death in 1642; he believed the Huguenots were a threat to the throne with their political and military powers and he destroyed these powers but left them the freedom to worship laid down by the Edict of Nantes.

King Louis XIV became King in 1643. Having poor moral standards, but being a devout Catholic, he became concerned about his salvation in his advancing years. He would pay penance for his championship of the Catholic faith, he would exterminate the Protestants from France. Regiments of soldiers—dragonnades were sent into the homes of Huguenots until they converted to Catholicism. The soldiers were told to be “as rough on the heretics as they wanted to be …”

A wave of pillage and rape descended upon the countryside of France. Huguenots were humiliated, tortured and executed by the dragoons. The Catholic Bishops incited and often accompanied the soldiers.

All this failed to convert the Huguenots—Louis revoked the Edict of Nantes in 1685—the Protestants lost their freedom of religion; their churches were closed. They were forced to become Catholics or go into exile.

The roads were filled with refugees pulling carts or carrying their belongings on their backs. This is considered one of history's great migrations. When King Louis closed the borders to keep them from going, the Huguenots traveled over mountain trails to leave France. The ones who could not escape met a terrible fate. Children were taken from their parents and placed in schools taught by priests and nuns. Women were put in nunneries for the rest of their lives. Men were sent to die of hardships amongst the common criminals in the galleys. Thousands were crowded into prisons and hospitals, where they were tortured. They would be taken from the torture chambers to communion.

Between 200,000 and 500,000 Huguenots went to Prussia, Switzerland, Great Britain, South Africa, and the colonies of America. They enriched the economy and contributed to the cultural advances of their newly adopted countries. France never recovered from the economic decline caused by this loss of scholars, artisans, shipbuilders, and sailors.

The 15,000 or more French Huguenots, who came to America in 1685, were largely composed of the bourgeois (upper middle-class people) with many merchants and lawyers. They were urban people and settled in the cities and achieved importance in colonial life as they were skilled in exercising leadership. 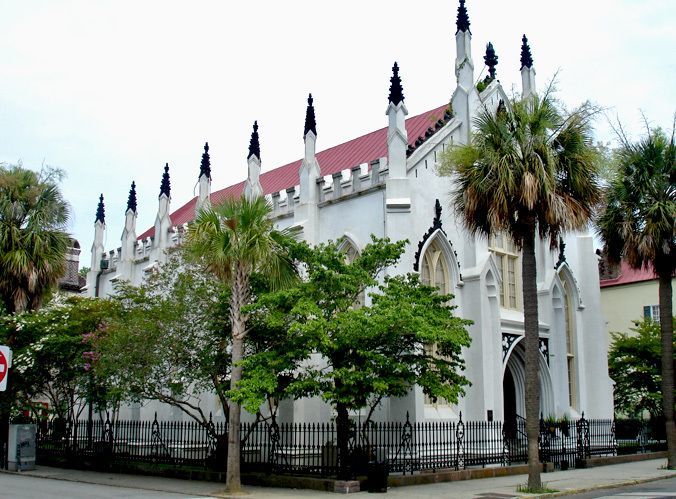 Today, there are Huguenot Societies in New York and South Carolina with many chapters in other states which are engaged in the preservation of the Huguenot heritage in America. Many books are available on the subject and family histories.

A good general reference is the section "The Huguenots in America" in A Survey of American Church Records. This reference book gives addresses of the societies, lists of books, and a chronology of Huguenot migrations, which will help the researcher in the search for the Huguenot ancestor.

You can find more information about the Huguenots in Virginia at the Huguenot Society of the Founders of Manakin in the Colony of Virginia. The society is dedicated to preserving the history and genealogy of all French Protestant Huguenots who came to Virginia prior to 1786.

Shirley Newton Gorevin was the editor of the Ventura County, California’s Genealogical Society Quarterly. She contributed this piece to Bluegrass Roots in 1978.

See how Kentucky went from 9 counties to 120 counties - just like that.