Tips for Using the Federal Census in Your Research

For many Kentucky researchers, the US Federal Census is the go-to record for understanding family genealogy. Since 1790, the US Government has counted and collected information about the inhabitants of the states.

The 1790-1840 census records provided only the names of heads of families, with statistics representing the members of the household. As the years progressed, the census collected more information that aids modern-day genealogists in determining patterns, ways of life, and of course, the family structure.

History of the US Census

Tip! The National Archives has blank census forms available that you can download for free.

Census Information through the Years

The information gathered on the forms has varied throughout the years. As the government needed more information to operate and understand the changing population, they updated the requested information. As a family researcher, these details enrich the picture of your Kentucky ancestor’s family life.

The early census takers captured the name of the head of household with the other members categorized by age. The information gathered can place a family in a location. With some quick math skills, you can match the family to the record.

The 1790 enumerations listed the head of household. The remaining columns, count of free white males based on age, free white females, all other free persons, and slaves.

The 1800 and 1810 enumerations show names of heads of families, with the number of males and females in various age groups. The names of all other free persons and slaves are shown only in a family by number. In 1820, the census bureau added another column. This new column listed males 16 to 18 years old.

Tip! With military action pending, the government used the 16-to-18 column to understand the soldiers available. While you should be careful not to double count household members, this column narrows down the subsequent column to help you determine a younger male.

Avoid double counting. This "16 to 18" age bracket column was for military purposes. They also included the persons shown in this column in the "16 to 26" age bracket. [Source: FamilySearch.Org]

The 1830 and 1840 schedules show male and female groupings in five-year periods, from "under 5" to "100 and over." In 1840, they added a column for all known United States pensioners. Again, only the heads of families are listed.

A New Era: Family Numerations in 1850

The 1850 census ushered in a modern era. The census converted from only seeking the family name to having the household members listed. These records add more genealogical value to researchers.

The 1850 census was the first to list each individual by name, age, color, occupation, sex, amount of real estate, and birth location. The 1860 schedule added two columns, one showing the value of the personal estate and the other to show if a couple married within the year.

The 1870 enumeration improved on this by adding two columns, one showing if the parents of persons listed were of foreign birth, and the other showing the age of a child in months if born within the year.

Tip! Genealogists can use this information to determine migration patterns. Do the siblings provide different birth locations for the parents?

The 1880 census omitted the real estate column but added two new ones, the relationship of all persons in a household, and the birthplace (state or country) of the persons of all those enumerated.

Disaster Strikes the Department of Commerce

The 1890 census was 99% destroyed by fire in the Department of Commerce in 1921. While the record loss creates a giant hole for genealogists, the tragic event led to federal funding for the National Archives.

There are additional documents that can be used. In Cynthia Maharrey’s talk, The Calamity of the 1890 Federal Census seminar, she suggests several alternate databases available. In her talk (available at the Member Portal), she reviews multiple repositories and discusses how to fill in the blanks.

One such repository is the 1890 Special Census of the Union Army veterans and widows. This census contained the following information as of 1890: name of veteran or, if deceased, of his widow; his rank, company, regiment, or vessel; dates of enlistment and discharge, and length of service in years, months, and days; post office address; disability incurred by a veteran; and remarks necessary to a complete statement of his term of service.

Tip! Half of the schedules for Kentucky were destroyed, but you can search the rest at Family Search for free.

When the new century dawned, the Census Bureau also took on a fresh look. Just from the information being collected you can see how the need for information about the population was growing. 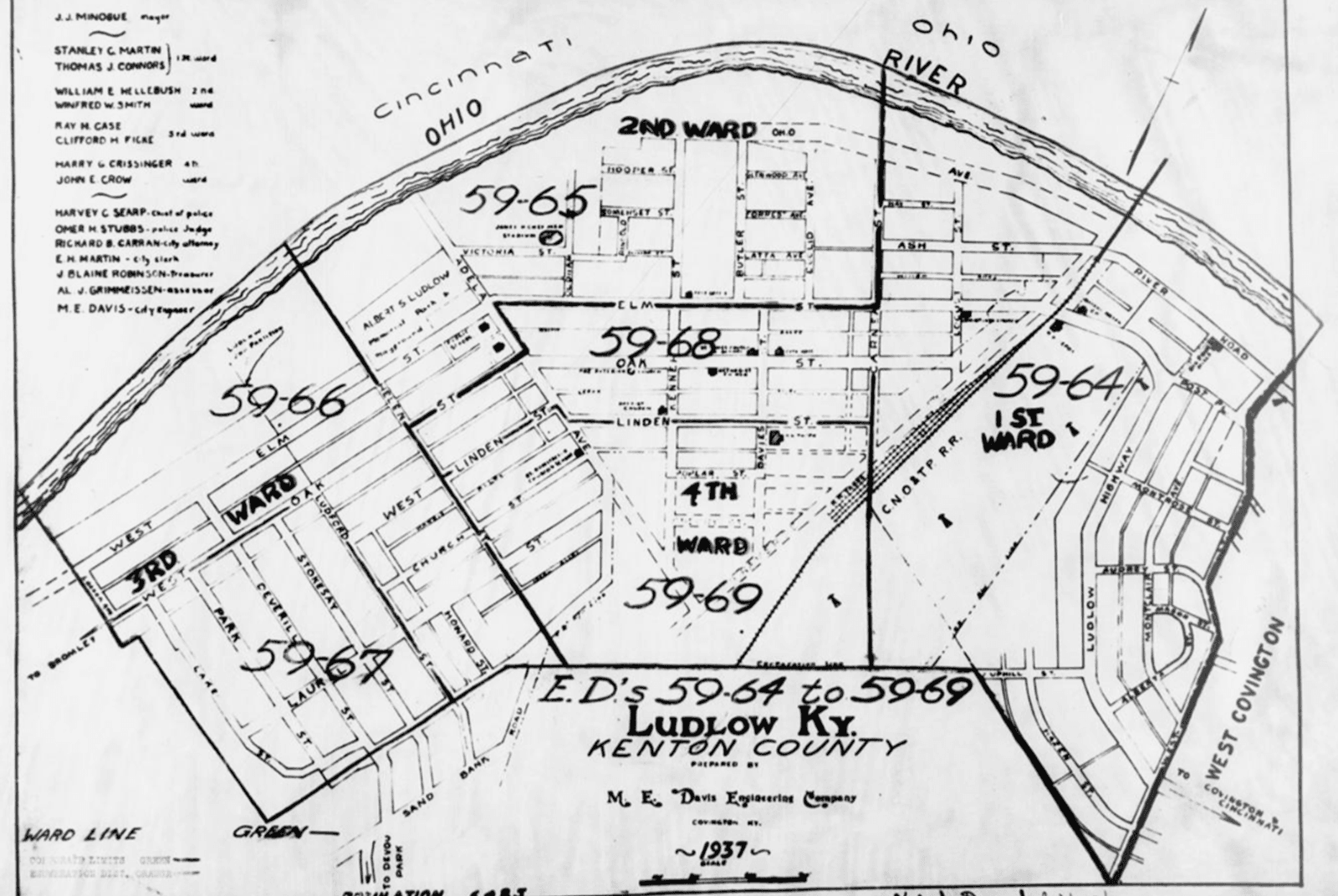 FamilySearch and the US Archives have county census maps available, such as one shown for Kenton County, Ky. [Source: US Archives]

Next spring, the government will release the 1950 census. The National Archives releases census records 72 years after census day to protect citizens’ privacy.

During the late 1800s, the Census Bureau collected additional non-population information. There were agricultural, manufacturing, mortality, and social statistics schedules.

The Agriculture schedules (taken from 1850 to 1880) revealed life on the farm. These schedules particularly interest many Kentucky researchers because many of our ancestors were farmers. Filled with rich descriptions of the farm, you can easily grasp what crops they produced along with the livestock present. The schedule included the value of the land and crops.

Tip! Compare the schedule over the years to see how your ancestor’s farm changed. You can access the records from Family History site. They are not indexed and you must create an account to view them.

If you are researching African Americans, the 1850 and 1860 schedules reveal other clues about the overseers, sharecroppers, and freemen.

Mortality schedules were taken between 1850 and 1885. These schedules relate to persons who died during the 12 months preceding the taking of the census. While not complete, this information reveals the difficulties with infectious diseases like cholera and tuberculosis. We could trace many of these illnesses to the lack of sanitary conditions that we take for granted in today’s world.

Gathered from the mortality schedule, this image shows the percentage of deaths from consumption in 1870. It is amazing that the southeast corner of Kentucky is untouched. This could be from lack of information or lack of population.

Tip! You can search the Mortality Schedules for free at Ancestry. 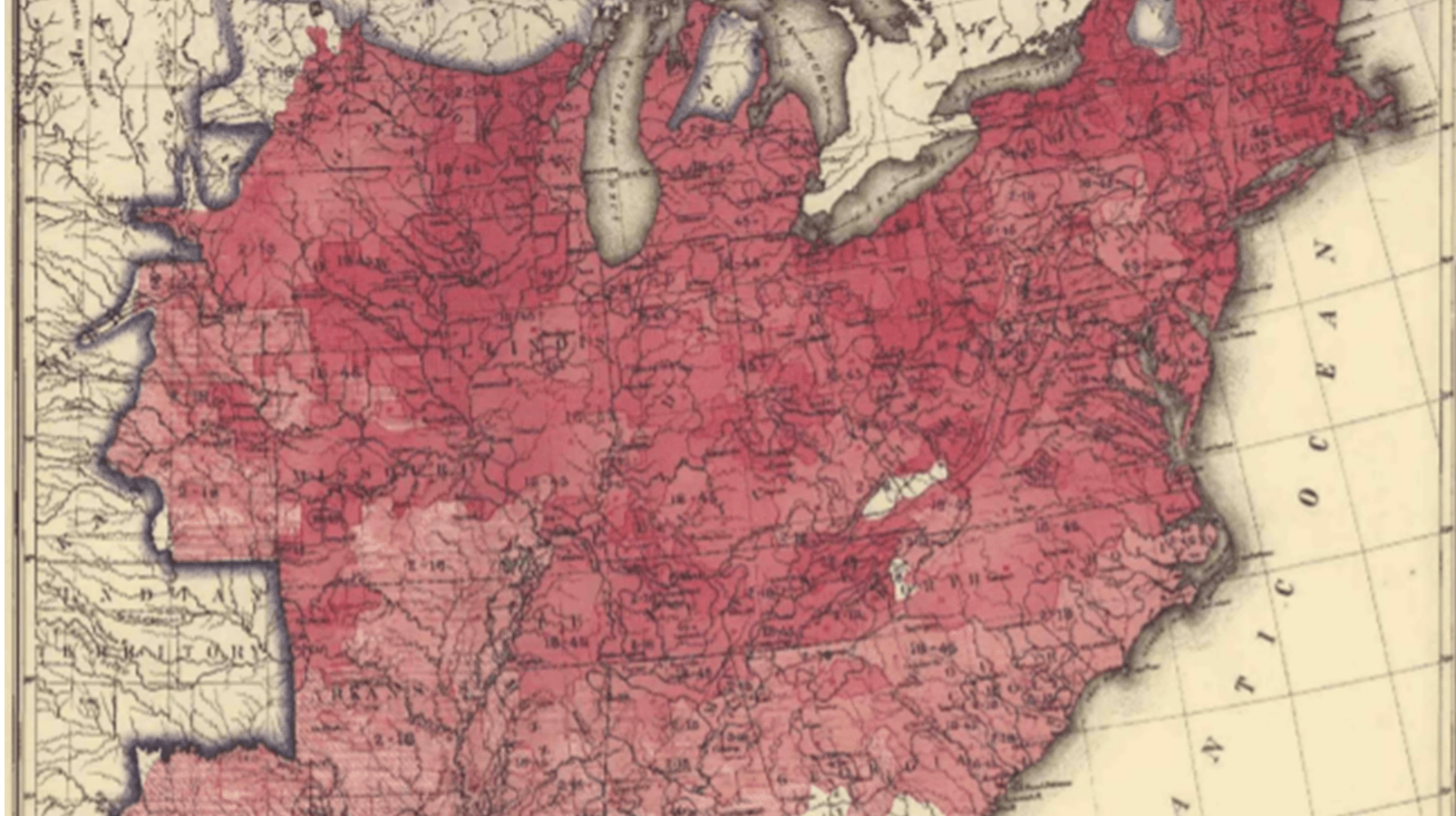 Statistical Atlas of the US: 1870 shows the deaths from consumption (tuberculosis) (Public Domain, National Archives)

Researchers can access the census records from most online services (Ancestry, FindMyPast) for a fee. Family Search makes the records and schedules available for free.

Tip! Other sites like the KYGenWeb Project also have the census records transcribed for individual counties and its free.

While sometimes confusing, the federal census contains some of the best genealogical information available to family researchers. Being able to place your relative at a time and place with other family members is an invaluable aid. 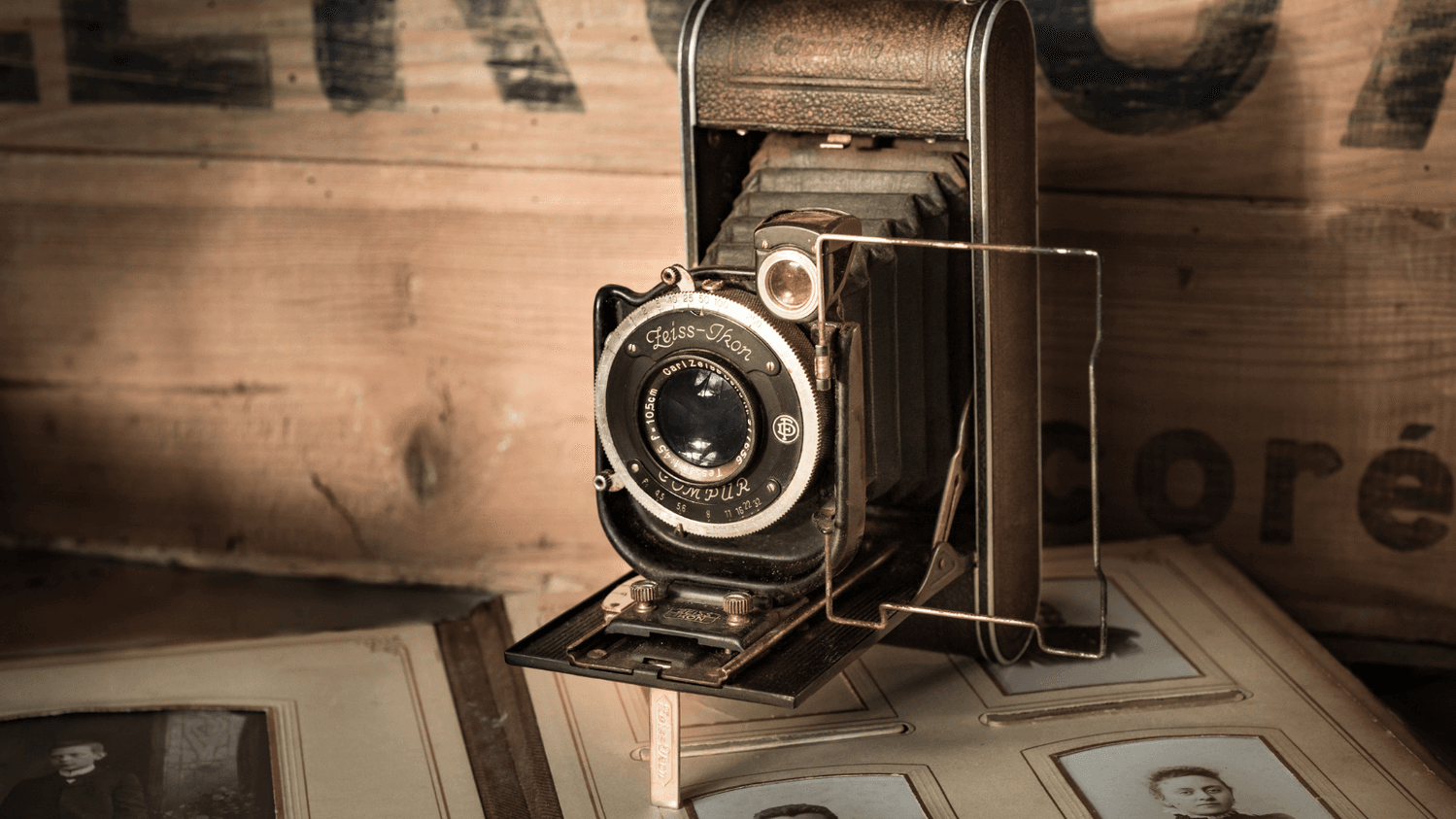 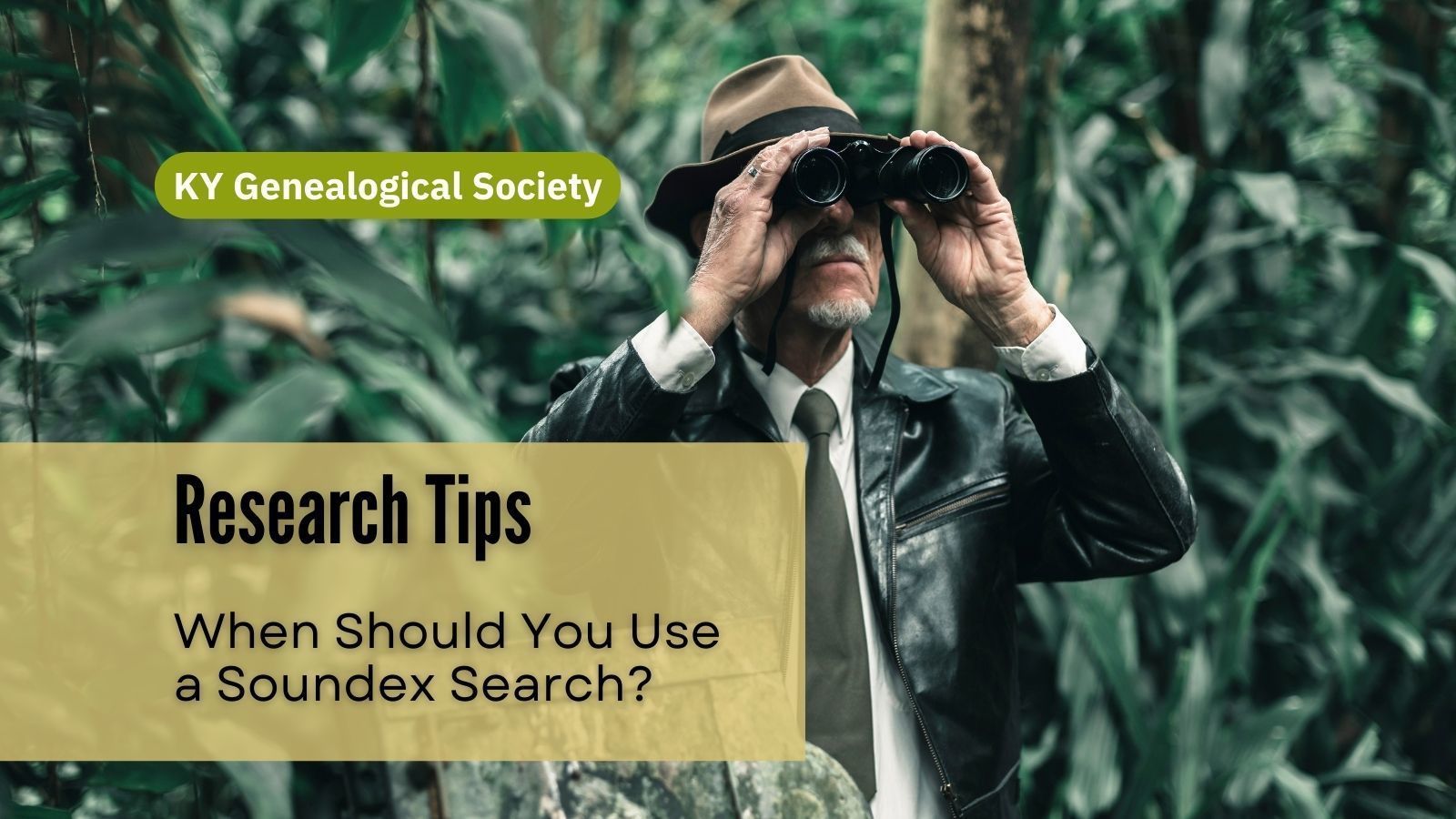