How and Why the Kentucky Counties Formed 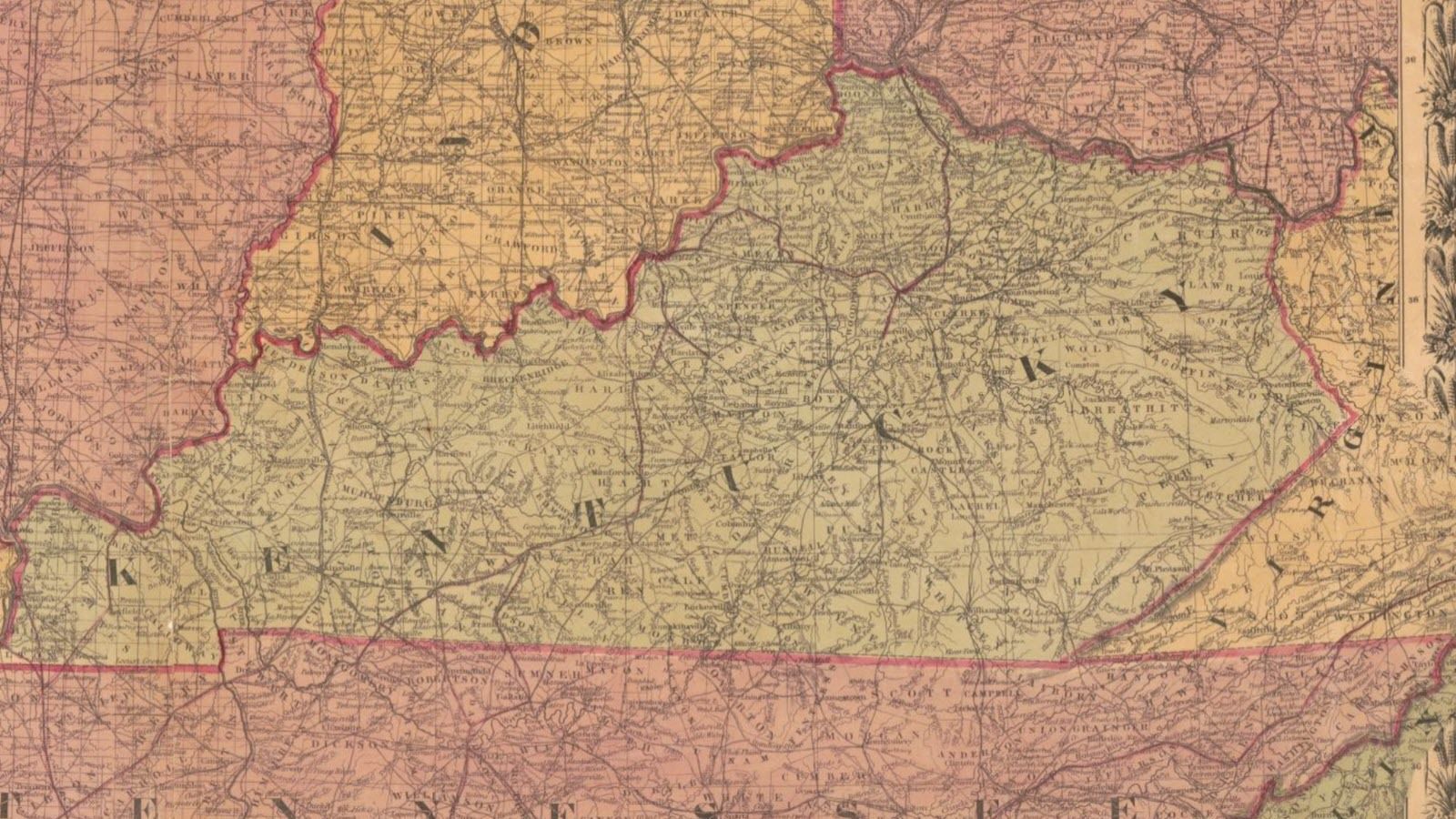 Kentucky has a fascinating history, even if you don’t go back any further than when the state was formed. In 1776, Virginia carved up Fincastle County and one county was called Kentucky. Soon after the end of the American Revolution, a separation movement began in Kentucky. Finally Washington would hear the plea to separate from Virginia and join the United States.

In this post, we share the historical story of how Kentucky formed along with a map of the area at key points. The county maps may surprise you but this knowledge is key to researching in Kentucky. Your Kentucky ancestors may list Magoffin County as the birthplace for all the children. However, if the births were prior to 1860, then they were born in Floyd County. This fact changes where you look for records and resources.

Boonesborough, Harrodsburg, and Logan's Station (Lexington) were established in 1775. These three historical settlements were typical of frontier forts, consisting of log cabins surrounded by a defensive stockade.

Settlers faced frequent attacks from Native Americans and nearly starved to death during their first winter. In fact, it is said that only Daniel Boone's ability to hunt kept the Fort Boonesborough pioneers alive until spring.

Nevertheless, they survived and flourished thanks to ingenious farming methods pioneered by settler and surveyor John Filson. His methods enabled them to produce enough food on each farm to support families, plus have surplus crops for trade with other settlements in what would become later known as the Bluegrass region.

In 1780, Kentucky County, Virginia, was divided into Fayette County, Jefferson County, and Lincoln County. Many early settlers were finding their way into these area. Boone's Trace (or Wilderness Road) through Cumberland Gap was an easy path into Kentucky.

By about 1783, most residents of Kentucky district were not from Virginia, but rather from North Carolina, Pennsylvania, Maryland, and other origins. Many pioneers made their way into Kentucky using what some would consider dangerous paths. Agitation for separation from Virginia increased. After nine conventions, a constitution for the new state of Kentucky was completed in 1792. Kentucky had joined the United States.

Before statehood, Kentucky carved six more counties out of the first three counties: Nelson, 1784; Bourbon, 1785; Mercer, 1785; Madison, 1785; Mason, 1788; and Woodford, 1788. Thus, Kentucky entered statehood on June 1,1792 with nine counties. The county seat would be a popular city within the new county. The following map shows these counties that cover Kentucky from north to south.

The new state needed a governor, and there was only one man for the job: Isaac Shelby. Originally from Virginia, Shelby had spent many years serving in various political offices. As a general in George Washington’s army during the Revolutionary War (1775-1783), he gained much leadership experience.

This historical map shows the counties when Kentucky joined the union in 1792. Is it odd to think of Woodford County bordering Ohio?

Dozens of New Counties Created for Kentucky in 1818

Kentuckians were soon dissatisfied with their 1792 constitution, and in 1799 they wrote a second one. The new constitution delegated great power to counties, and they became the most significant agencies of government.

As Historian Steven Channing says, "Kentuckians were capable of creating - and did create - new counties at the least provocation."

There's a much more practical reason the counties began to form. Tax collectors at one time would visit the landowners to collect the money. Once the population grew, this method was not practical so the citizens had to pay the taxes at the courthouse. [Check the tax records for your great-grandfather's name.]

If you were in a large county living near the border, it may takes days to travel to and from the courthouse. Thus, the lawmakers decided each taxpayer had to live within a day's ride to the courthouse. Thus as the population continued to grow, so did the counties. As early as 1820, the value of coal was realized and mining operations began.

By 1818, as county formation mushroomed and the Jackson Purchase complete, the map of Kentucky looked similar to the one shown in the following figure:

This historical map shows how Kentucky blossomed in a short time. There were about 50 counties at this time.

The headlong rush continued to create new counties that could accommodate horse-and-buggy transportation, as well as local pride and individual ambitions.

By 1855, Kentucky's county divisions were almost complete, except for a handful of counties yet to form in the mountains of southeastern Kentucky.

After the Civil War, some Kentuckians chose to move further west. They would leave notice that they had "Gone to Texas" or simply disappear. However, the migration from Europe continued with the Scots-Irish making their way into the Appalachian area.

This historical map shows how Kentucky appeared before the Civil War.

In 1903, Kentucky created Beckham County, but three months later it was dissolved after a dispute from a local businessman. Kentucky's last new county — McCreary — was created in 1912. This gave the state a total of 120 counties, more than any other state except Georgia and Texas.

Steven A. Channing says the abuse of the powers of counties by local political cliques "ultimately shaped the political culture of counties throughout the state ... and became a poison infecting citizens at every level of government and contributing to a virtual paralysis of the political and economic will."

Here is a Kentucky county map from 1912. This is how the state has remained since that time.

This historical map shows Kentucky in 1912, which is the same as it appears today.

Kentucky is often referred to as the daughter of the east and the mother of the west. Today, Kentucky has many attractions that you can enjoy as you explore your ancestry, whether that’s learning about famous Kentuckians like Daniel Boone or Abraham Lincoln or taking in the natural beauty of the green grass on the rolling hills.

Other Kentucky County and Map References